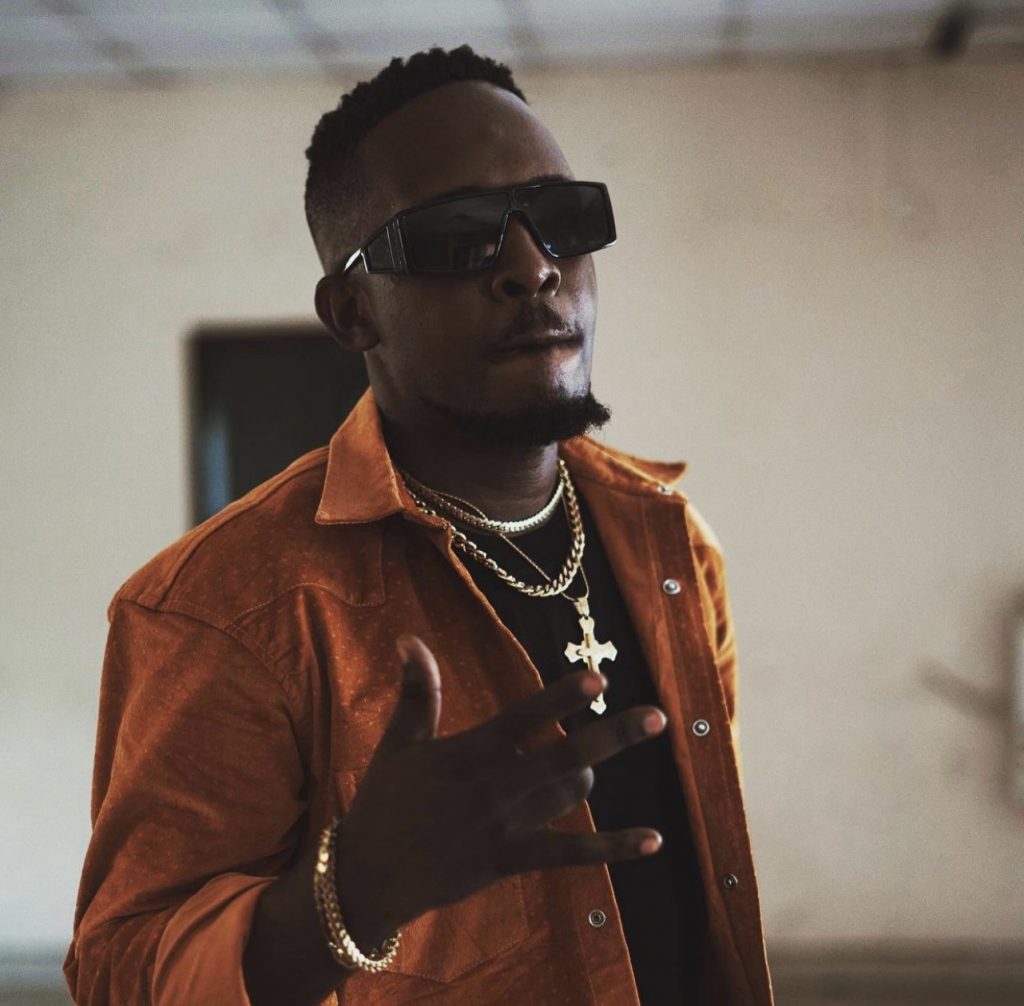 Ace rapper, M.I Abaga has incurred the wrath of Nigerians on Twitter
He is being dragged for begging American Filmmaker, Tariq Nasheed to follow him on Twitter..
M.I ‘s request wouldn’t have angered Netizens if it weren’t for the things Tariq said about African immigrants on #Securethetribe.
In the early hours of Thursday morning, Tariq, Mel and others created a live space to talk about “How Immigration Benefit Black Americans”  #securethetribe.
Tariq rudely said it never benefitted them because Africans especially Nigerians come to the US to steal their jobs, oppress them and accuse the white of racism. According to him, the only way his people can enjoy is if Africans go back to their various countries and hustle there.
Following his xenophobia speech, Nigerians, Ghanaians called in and blasted him for accusing them of stealing their jobs.  They reminded him of how expensive it is to study abroad and how most Africans also do minimal jobs just to feed.
Celebrities like Blaqbonez, Pere, Naya Beverly called took to Twitter account to slam Tariq for his speech. Whilst others were defending Nigerians home and abroad, M.I called and begged Tariq to follow him on Twitter. Completely ignoring the Immigration stuff, he told Tariq he has always admired his works and he would love a follow back
Nigerians wasted no time dragging M.I. They admitted that Vector was 100% right when he called M.I “Judas, the rat”.
See his post below; 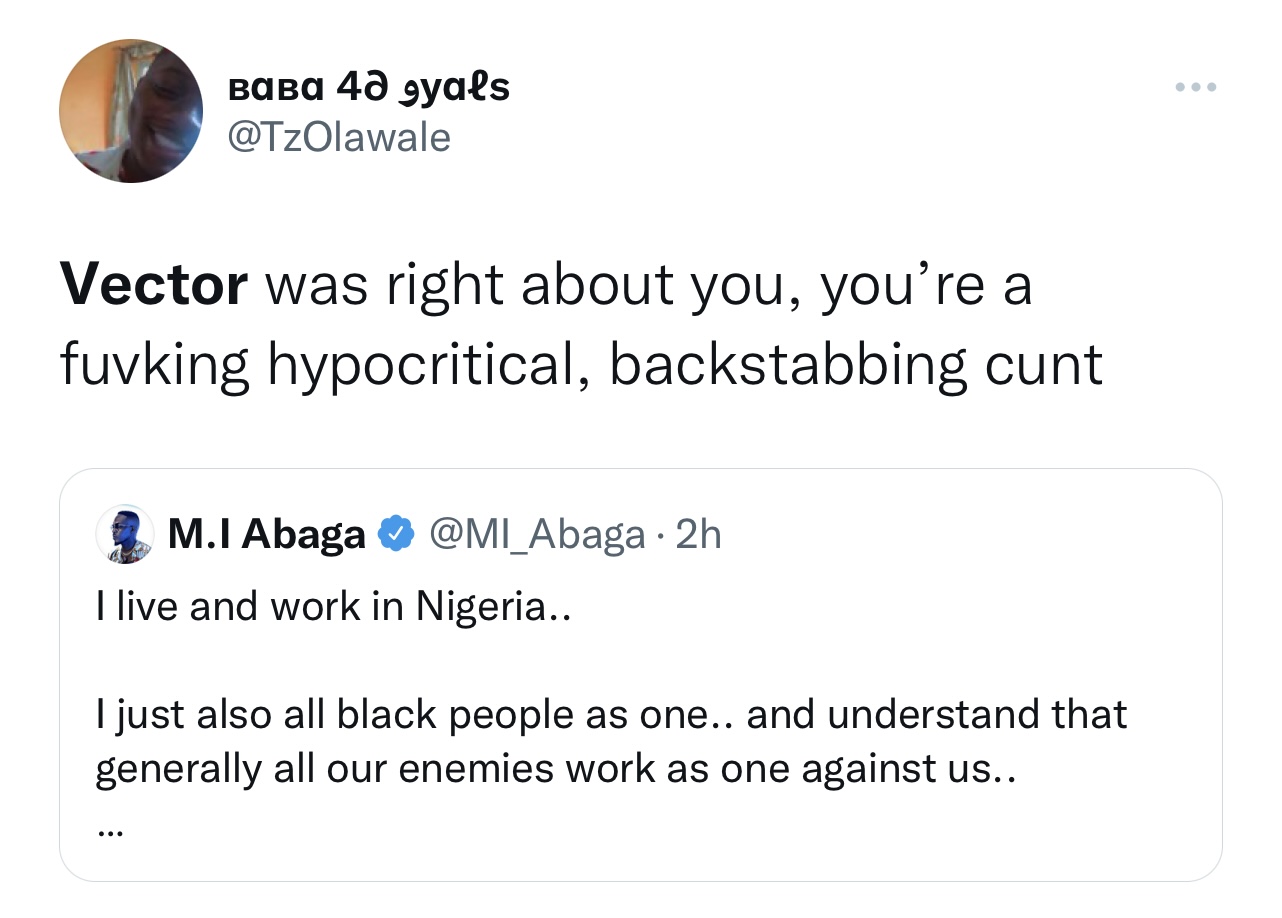 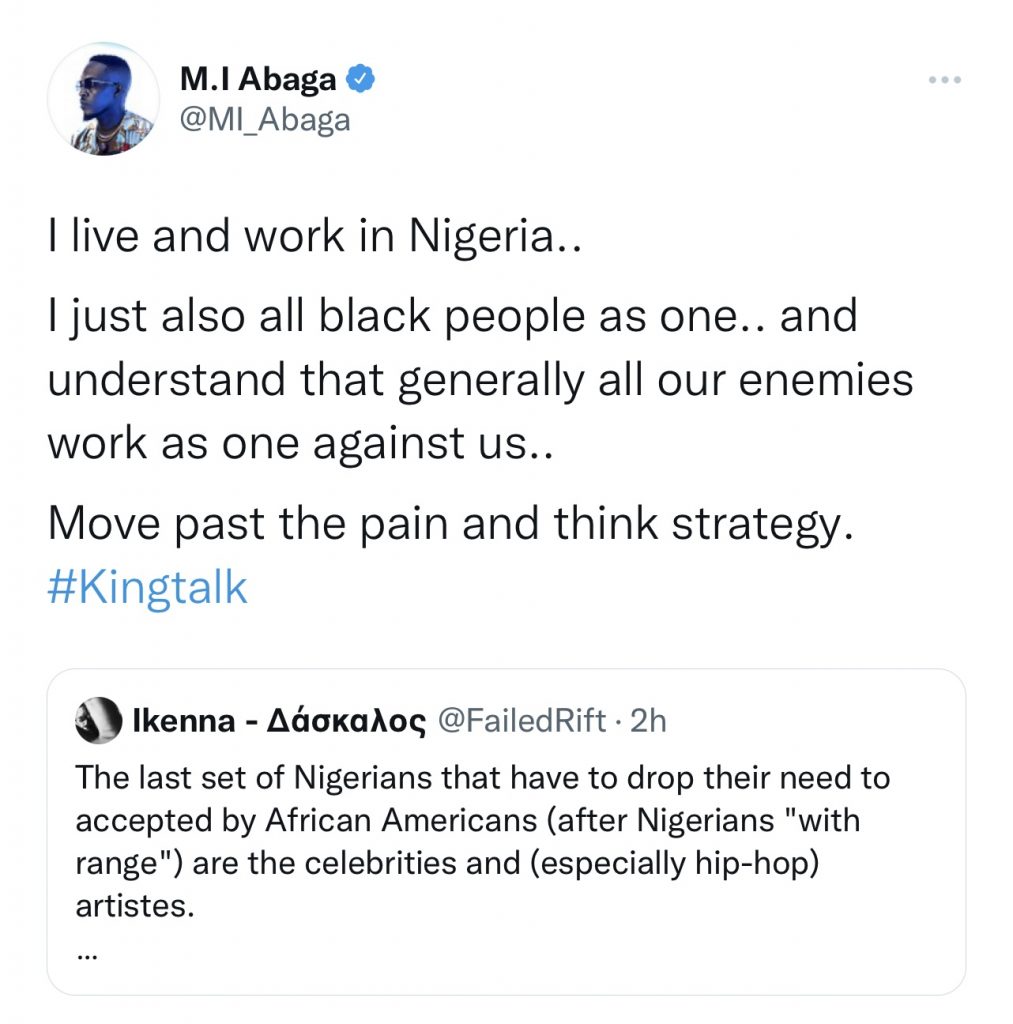 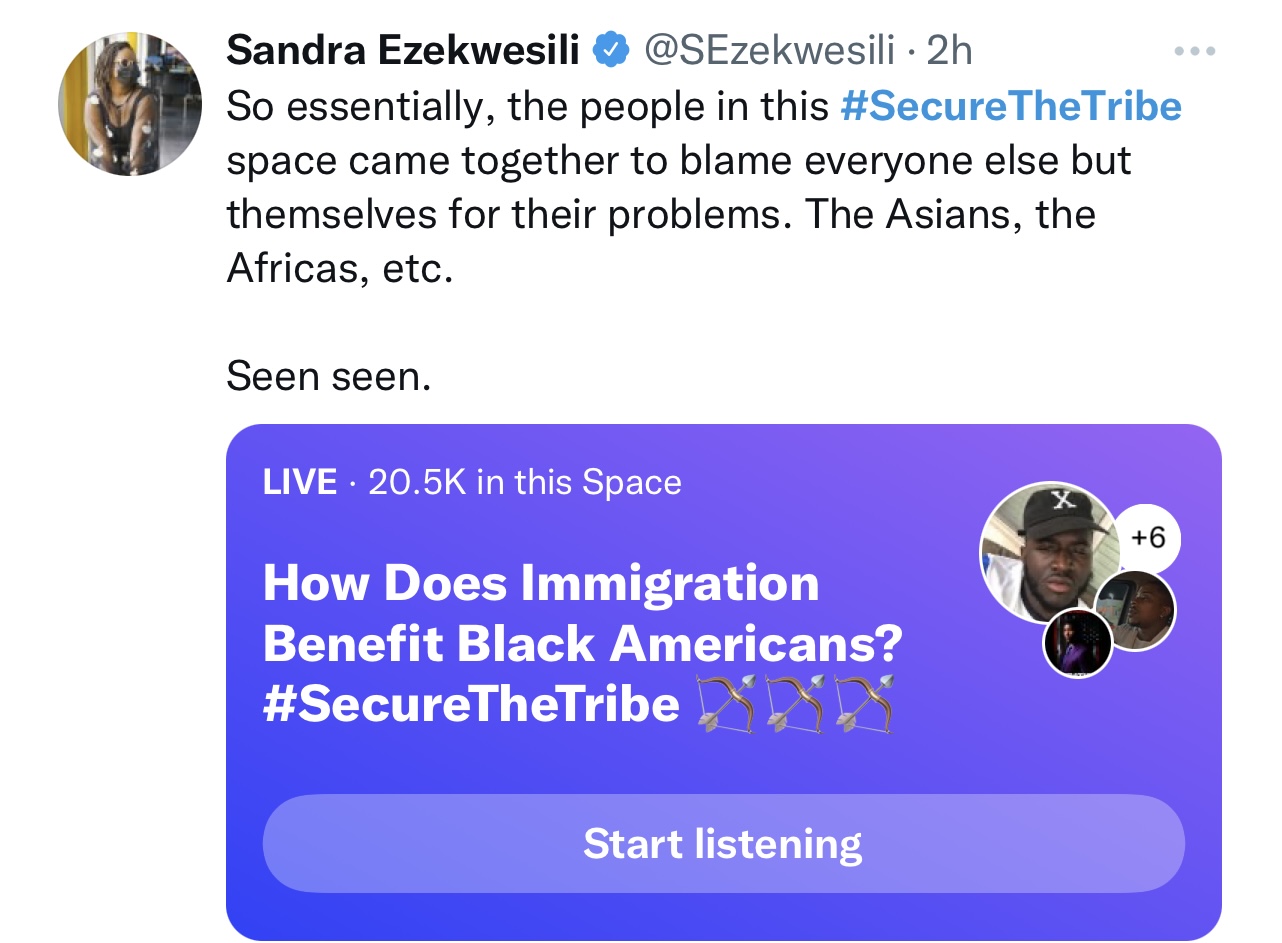 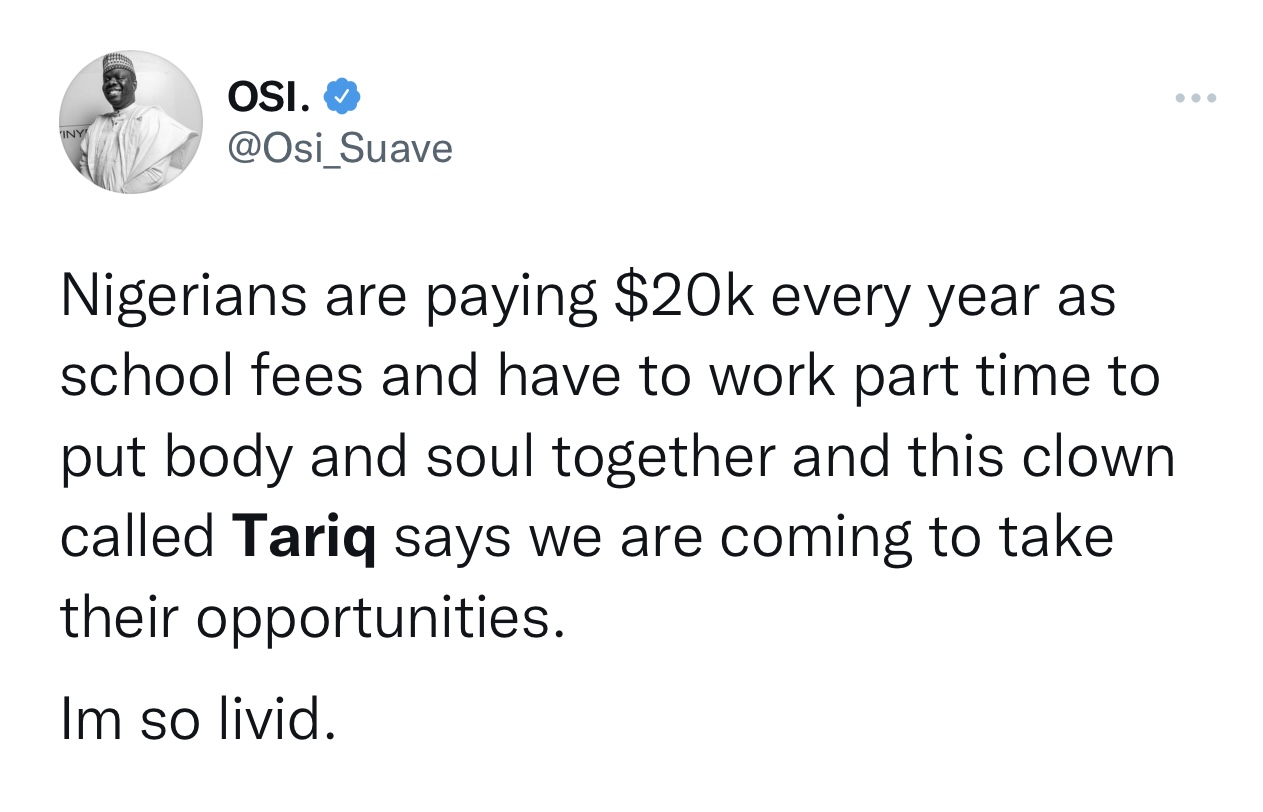 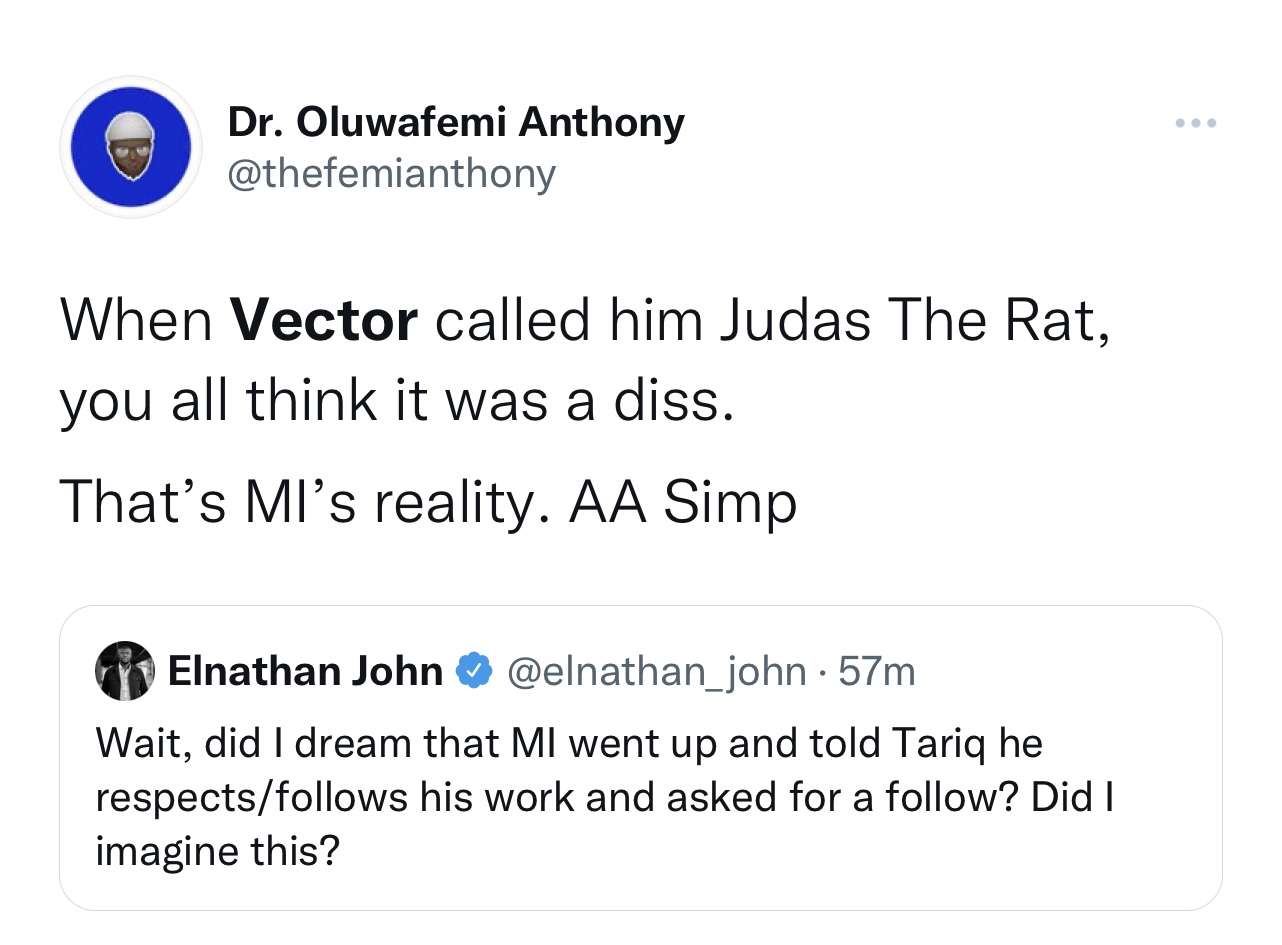 [Entertainment News] Cuppy Begs A$AP To Be Her Val.. #2022 Valentine

[Entertainment News] Cuppy Begs A$AP To Be Her Val.. #2022 Valentine