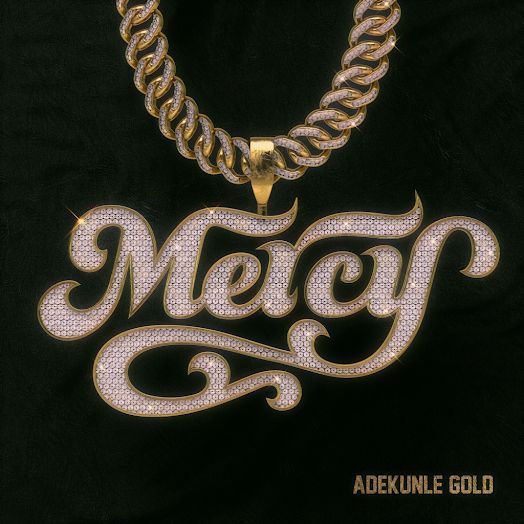 The New King of Pop, Adekunle Gold kick starts 2022 with “MERCY”, produced by his favourite hitmaker, Blaise Beatz.
After the huge success of his last single HIGH featuring Davido, Adekunle Gold releases a new single, another infectious record titled “Mercy“.
“HIGH” released in 2021, is an infectious Afro-Pop and Amapiano tune produced by Pheelz (Mr producer, Riiiii). A follow up to AG Baby’s previous singles; ‘Sinner‘ & ‘It Is What It Is‘.
Adekunle Gold is a Nigerian born and bred singer-songwriter based between Lagos, Nigeria, and Los Angeles, CA. He gained recognition from his very first release, “Sade,” a love song which sampled instrumentals from One Direction’s “Story of My Life.” Just two weeks after the release of “Sade” on December 19, 2014, Adekunle was contacted by one of Africa’s biggest acts, Olamide, to join his music imprint for two years, YBNL. Since then, Adekunle has released 3 albums: Gold (debuting at #7 on the Billboard World Albums Chart), About 30 (shortlisted for the GRAMMY Best World Album), and AfroPop Vol. 1 with the global hit record “Okay” and “Something Different.”
His recent smash hit, HIGH peaked at No.7 on the same chart (Billboard) with Drake’s song, Way 2 Sexy, Pitbull’s Feel Good, Ed Sheeran’s Shivers, and other top American Musicians.
Lyrics
Open my eyes show me who dey for me
Make I no dey pop rosé with my enemy
Scatter them far away across the seven seas
Helper wey dey disguise na principality
Oh lord have mercy mercy
This fake love don dey plenty plenty
Dem dey try do man dirty dirty…
Download below


What do you think about this song?

We want to hear from you all.

RECOMMENDED SONGS FOR YOU 👇